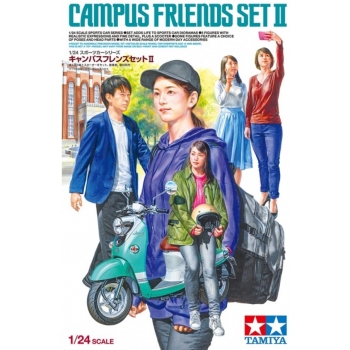 1983 saw the release of the original Campus Friends Set, a collection of five figures and a scooter that was most useful to modelers given the adaptability of the figures to a range of accompanying models. Now, we have brought that concept into the modern day: newly-scanned figures are paired with a range of accessories more appropriate to the 2020s, with plenty of options to choose from.

About the Model
• This is a 1/24 scale plastic figure assembly kit.
• Parts are included to create five figures (four female, one male); they were designed using cutting edge 3D scanning techniques to recreate subtle details such as creases and wrinkles in clothing.
• Natural poses include a figure taking a selfie, and more.
• The male figure and one female feature a choice of head parts; two more female figures have a choice of right arm components.
• Modern accessories include guitar case, coffee cup, smart phone, and various bags.
• Makes a great partner for models in the extensive Tamiya 1/24 Sports Car Series. 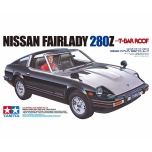 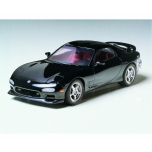 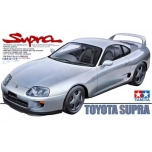 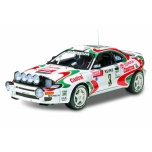 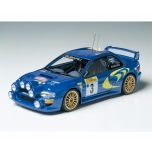