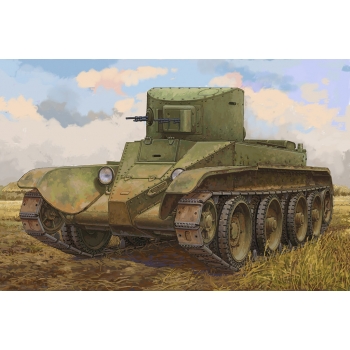 The BT-2 was a Soviet pursuit tank from the interwar period and the beginning of World War II. The first prototypes were built in 1931, and a year later mass production began, which lasted until 1933. Approximately 620 vehicles of this type were built in the course of it. The drive was provided by a single engine M-5-400 with 340 hp. The cart was 5.35 meters long and 2.23 meters wide. The armament consisted of either two 7.62mm DT machineguns or a 37mm cannon and a single machine gun.

The BT-2 was developed on the basis of Walter Christie's wheeled-tracked vehicles imported from the USA in 1930. They were characterized by the ability to move both on wheels, which gave them high marching speed on the road and on caterpillars - which in turn meant that they had good off-road properties. After field tests in the USSR, Christie's cars were accepted into serial production under the designation BT-2, but the tower, road wheel structure, equipment and layout of the combat compartment were changed. During the short-term production, the BT-2 was installed in two variants of the armament: with two machine guns, and a gun and a machine gun. It became the basis for the development of the BT-5 and BT-7 vehicles, the total production of which exceeded 6,000 units. 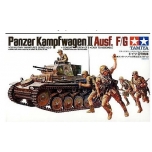 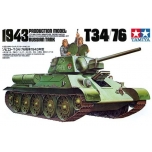 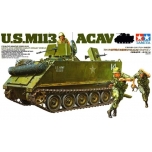 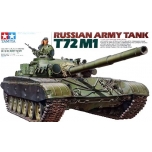 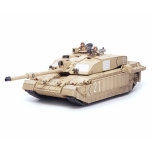