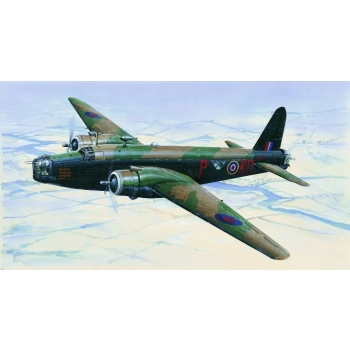 The Vickers Wellington is a British, medium, twin-engine bomber with a metal structure covered with canvas with a classic tail in the middle wing configuration of the Second World War. The flight of the prototype took place in 1936, and the production lasted in the years 1936-1945. RAF Wellington entered service in 1937. During the service, several versions of this aircraft were created, differing mainly in the engines and defensive weapons used. The first production model was the Wellington Mk.I, which in the Mk.IC version got a large-scale version. In 1940, the Mk.III model was introduced. The most widely produced version of the Wellington was the Mk.X. Aircraft of this type, in the versions Mk VIII, XI, XII, XIII and Mk XIV, were widely adapted as sea bombers, patrol planes and torpedo planes and were used to combat German U-boats. In the period 1939-1943, they participated in bomb expeditions over Germany, but later gave way to four-engine planes. The plane, although it was not particularly maneuverable, was very easy to pilot, characterized by low failure rate, and above all, the legendary resistance and durability of the structure. Technical data (Mk.IC version): length: 19.69 m, wingspan: 26.27 m, height: 5.31 m, maximum speed: 378 km / h, climb speed: 5.7 m / s, practical ceiling: 5500 m, range maximum: 4100 km, armament: fixed - 6-8 machine guns cal.7.7 mm, suspended - up to 2040 kg of bombs. 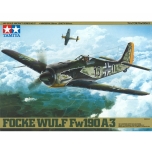 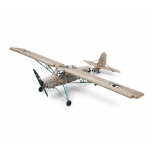 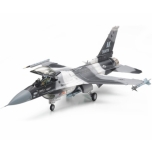 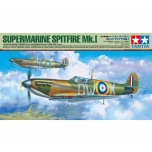 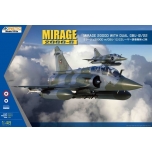